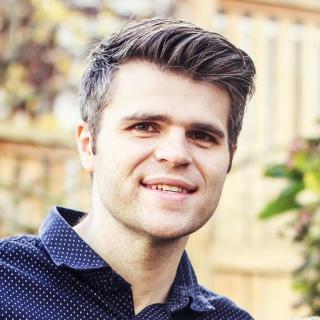 git reflog helps developers recover from their mistakes. The reflog keeps track of any changes or commits to each branch since cloning a repository. It's frequently used to keep track of changes made locally that are sometimes wiped out when pulling in remote changes.

Instructor: Git Reflog helps developers recover from their mistakes. I'm going to check out the Lodash Repository, make some changes, delete those changes, and demonstrate how Reflog can help me restore them.

I'll start by making a new branch called Better Lodash. Then I'm going to go in the package.json file and make a few modifications. I'll change the name to Better Lodash, up the version number, and set the required node version a little bit higher, then I'll save the file. I'll now commit that change with a commit message, Better Lodash.

Now I'll type Git Log -N1 to review the last commit. You can see the commit hash that was saved started with 60864. Now type Git Reflog. The Reflog keeps track of any changes or commits to a branch I've made since cleaning the repository.

You can see in the middle that I cloned the repository, then I checked out the Better Lodash branch, and finally, I made the commit, Better Lodash.

Type the command Git Branch to reveal our current branch. We'll now go back to the master branch with Git Checkout Master and actually destroy some of our earlier work.

Type Git Branch -D Better Lodash to remove the Better Lodash branch. Then we'll check out the 100 branch and reset it to the contents of master. Type Git Log.

You can see that we no longer have those three commits that we added before. In fact, a Git Diff reveals that there's no different between this branch and what's on master. Type Git Branch, and you'll see we have two branches left -- 100 and master -- and those branches are now exactly the same.

Notice when we went back to master and then back to 100, and then when we reset the 100 branch to origin master. Let's restore our missing commits now.

Type Git Branch, and you'll see we're still on the 100 branch. If you look at our Reflog on the left-hand side, the commit hash for our 100 commit is 34BEFC.

We use Git Reset --Hard to restore that and previous commits to this branch. Git Log now shows all of our missing commits restored to the 100 branch -- 100, 99, and Better Lodash.

Now let's work on restoring the Better Lodash branch. Let's run Git Reflog again and look for the last commit we made on that branch, 60864. From here, we type Git Checkout -B Better-Lodash and use the commit hash we found in our Reflog, 60864.

If you type Git Branch, you'll see we're back on the Better Lodash branch. If you type Git Log, you can see that our commit has been restored. We've used Git Reflog to restore all of our missing commits.