Setting up a new GitHub repo to deploy functions on Netlify with Make and netlify.toml 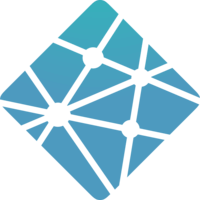 We scaffold out a new GitHub repo to deploy netlify functions and a small index.html file, while covering Makefile basics and netlify.toml. The lesson ends with a working Netlify site.

Chris Biscardi: 0:00 We've designed and implemented the React component for our OpenGraph image. Next, we need to set up a git repo and deploy it to Netlify, which is where we're going to deploy our functions. After making a directory, we can initialize a new git repo.

0:14 Next, we'll use the VS Code CLI to open this directory. We'll start by initializing a new package.json. Then, we'll create an index.html. This index.html will deploy by default when we deploy it in Netlify, so we can check to make sure that the deployment worked.

0:49 To use Make, we'll create a Makefile with an install command. It's important that each command we put into this install command is started by a tab at the beginning of a line.

0:58 We don't have any packages to install yet. I'm going to use a CLI command called echo to echo "installed" to the console output. We can also ga * to add all the files in the current directory.

1:13 After giving a commit message, we'll need to create the repo on GitHub. We can do this using the hub CLI, which I have aliased to git, so I can run git create which calls hub create. Note that this gave us a URL of our new git repo on GitHub.

1:27 If we click the URL to go to the page, we can see the GitHub repo opened on the browser on the left. If we check our git remotes, we can see that the origin is pointing at this git repo, so we need to git push set upstream origin master. If we refresh our repo, we can see all the new files that we just created.

1:43 Next, we have to go to Netlify. We'll click New site from Git and choose from GitHub. I named my repo egghead-opengraph-images, so I'm going to go click that repo. Note that it auto discovered the build command from netlify.toml. The publish directory will just be the root of the repo, so we don't have to worry about anything else.

2:06 If we click Deploy Site, we can see that the site deploy is in progress. Now that the site is built, we can check to make sure our install command was run, which we can see here in the make install. We can also see that the function directory was discovered, which is important for us later, and that we had three new files to upload.

2:22 If we go back to our new URL, we can see that it worked. Also note that if we go to /Makefile in the URL, our make file is being served as part of our application. We won't have any secrets here, so it doesn't matter for us. It's nice to show the open source code directly available on the site.

2:40 If you wanted to hide this code, you could put the index.html file in a subdirectory and change the publish directory.