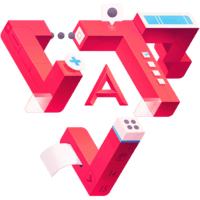 If we’re going to make our toggle accessible, we’ll need to apply certain aria attributes to the control that does the toggling. Instead of making the parent component handle that, we can provide a toggler directive that automatically applies the needed attributes. Content directives allow the user to tell the UI component where to make those modifications.

Instructor: Here is a toggle component that uses an ng template tag to render its UI. Now the parent component is providing two different user interfaces, one with the switch, and one with this button. You see both of them work just as expected, and they are wired up to the same state.

We want to make these a little bit more accessible. We're going to add some accessibility features. Give them both a role of switch and make them aria-checked when the ON state is true.

Now, the problem is that no matter how much you put this in the documentation. Most developers will not remember to put these kinds of tags on the user interface elements.

Let's make that directive. We'll set the selector to toggler. First, we'll use a host binding decorator to set the role attribute to switch. Next, we need to have an ON input, so we can know when the toggle is ON or OFF.

Let's go back to the app component here. The only thing we need to change is we need to set this ON attribute on the button for this toggler here. This toggler up here will listen to this ON input that was already there for their switch.

Now if inspect this button, we see that the role is switch. If we toggle it, we have aria-checked true, and we toggle that OFF, aria-checked false. This toggler directive is doing what is supposed to do.