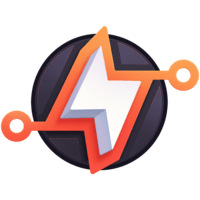 Often you have your feature branch you’ve been working on and once it’s ready, you just want it to merge into master as a single commit. You don’t care about all the single commit messages as they may not be relevant. There’s a nice “autosquash” feature in git which we’ll use in this lesson.

Instructor: Our work on this app refactoring feature branch is done. We have made a couple of different kind of commits and we want to merge it now in master. We actually don't care about all of these commits. We just want to merge it in as one single commit. What we can do here is first of all we jump back to master, then we can use a feature called outer squash.

We can do a Git merge squash of app refactoring into master. If you inspect a log just afterwards, we don't see it yet. We have to do a Git commit. Now we see the squashed commit of the following other commit messages, so add up folder, update readme, and a couple of other ones.

Noted from the lock we can see that it didn't actually merge into app refactoring, but it created a new commit message which is this one here, add app refactoring, which is the sum of all the commits we created here in the app refactoring branch. That one can now be discarded because it won't be used anymore because we have already the changes on master now.