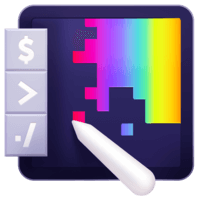 When all is said and done, the finishing touches to put on your world class CLI can make your experience visually stand out as much as the code underneath. Chalk helps add colors to draw the eye to console output, and Ora gives you all the spinners you could possibly want for communicating that important work is being done in the background or child process.

Instructor: 0:00 Let's look at two important ways to polish CLI output. The first is so ubiquitous that I often forget that there's some people who haven't heard of it. It's chalk. Let's have a look at how to use chalk. I'm going to yarn add chalk to my library. I'm going to import it, const chalk = require chalk.

0:25 Chalk is a very simple builder-based API. For example, if you wanted to change a particular output to have some section of it involve chalk, you can use that. You can pick the color based on defaults that chalk provides.

0:44 Now when I run yarn mycli init, I get a prompt with color in it. There are a bunch of other default colors that ship with chalk. Here are some guidelines that you might want to think about. You want to save red for errors and green for success. Cyan is a very good informational color. There's no pink. It's actually just called magenta for them.

1:09 A good rule of thumb is always to echo user input strings in a different color. This helps the user to scan. One pair rule about this is that every time you have, for example, a flag, you always want to put chalk around it. It's easy to put chalk around strings if they're already in template tags. You should just write everything in a template tag to begin with.

1:34 Then you can write something like chalk.yellow. Let's go with magenta on the name flag. This draws the eye when you actually have to use it and tell the user something so that they don't miss out on important information. Potato. Now you can see that magenta logging, as advertised.

1:59 Some other advice you might want to think about is that some users definitely use live terminals, so yellow on white might be something that you want to avoid. Having things that are bright and bold can be easy visual wins. Some people may be color-blind, so don't just rely on colors to convey information. Have something else to back it up texturally. Don't use too many colors.

2:25 That about sums it up as far as chalk goes. The other polish that we want to cover is spinners. Everyone loves a good spinner when something is going on in the background. Mostly, this serves to give some visual confirmation that some expensive task is happening in the background, particularly when you're messing with child processes.

2:47 Because we have an example of that, we're going to try using it. I'm going to yarn add aura. That's the library that we're using. aura has a very simple direct manipulation API. We're going to require aura. Then we'll start our spinner whenever we start doing expensive work.

3:07 For us, that is when we start doing the install step. We'll start the spinner there. We can mark a success when that install step is done. I have to modify this a bit to make sure that I only call this code after I'm done installing.

3:27 I'm going to get a child process back from this spawn. Then I'm going to wrap that in the child.onClose. That should work. I'm going to run this and test it out. yarn mycli init. Bulbasaur. Now it's loading. You can see that little spinner in there. While it's installing, we have that spinner. When it's successful, it changes to a tick.

4:03 You're free to choose from a full range of spinners. There's a long demo with every single spinner that is built into aura. I particularly like the emoji-based ones. For example, you can choose the moon emoji. We can try using that.

4:20 We'll change this API from the string-based API to an object-based API. Now when we run this for one last time, we can actually see that it's shrinking that moon. We can customize that message. By the end, it changes to a tick.

4:42 These are just very nice polish steps that show that you've paid attention to the little details. It gives the user something interesting to look at in your CLIs. Definitely don't stop there. There are a whole range of other CLI polish tools, a bunch of different ways to add icons inside of your CLI as well as other coloring formats.

5:08 There's ways to pretty-print JSON so you can syntax highlight within your CLI. Printing tables is a very big use case, as well as having banners, and boxing for very important information that you might want to share, for example the update-notifier tooling.

5:27 You can even have some fun ones. One of my favorites is sign-bunny. You can add sign bunny with sign yarn add sign-bunny. sign-bunny is a CLI as well as a library. You can import it and give a message. For now, I'm going to leave you with one final message, which is coming from sign-bunny. It's this. Go make CLIs.