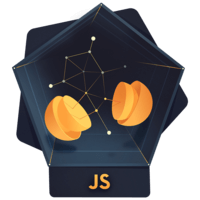 Update The State Of A State Monad

Stateful computations require the ability for their state to change overtime. We take a look on one way to replace the state portion of our stateful datatype with a value. We explore the mechanics of how this can be accomplished and introduce the put construction helper. We also see how we can run our instances with execWith to extract the state portion and discard the resultant.

Instructor: When working with stateful computations, it's often handy to be able to swap out our State with a new value. To see what a construction like this would look like, let's pull in both the State and Pair constructors from crocks. Using these constructors, we'll create a function called putState that puts a given value into our State.

PutState is defined as a function that takes a given State s and returns a State s of unit. Since unit is in our resultant, let's jump to the top and bring in its constructor from crocks as well.

With all the pieces on the table, we can implement putState by building a function that accepts a value of type s and returns an instance that ignores the current State, and returns a Pair with the unit in the resultant and our given state in the State position, effectively replacing the current State with our value.

Now let's check out our handiwork and log out the result of calling our funky fresh function with Grand Canyon as the value and then running it with a State of evergreen by passing the string evergreen to the runWith function. With a quick save, we see we get back a pair unit(Grand Canyon). Using snd to pull the State, we get back Grand Canyon.

By replacing runWith with evalWith, we see our unit is in the resultant. Like evalWith, State provides execWith that will unwrap the State from the resulting Pair, throwing out the resultant.

A common use case for this construction is to allow for the State to be reset to an initial value. Let's define our reset to be a function that goes from unit to a State s of unit where s, in our case, is fixed to the type String. To implement, we create a function that takes Nothing and returns the result of calling putState with our pointed value of Grand Canyon.

We can now replace our call to putState with a call to our reset function. Give it a save, and we see that we still are in the Grand Canyon state even though we started off in the evergreen state. Replacing State with a new value is such a common construction that State provides a construction helper named put that will handle all the plumbing for us.

We just destructure it off of the State constructor like so and get rid of all this cruft that is no longer needed. Now we simply replace our old putState function with put and save it down. Seeing that we still have Grand Canyon as our State and by calling evalWith to pull the resultant, we see our unit is still there, resulting in an overall pair of unit(Grand Canyon).