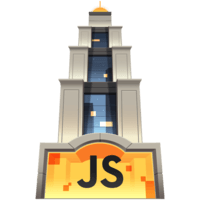 WTF is a Closure?

Closure is a buzzword you'll hear in most of your programming interviews. Some say that understanding what a closure is can affect the salary your offered tremendously. So what the heck is a closure? At its simplest definition, it's a nested function that has access to at least three levels of scopes (it's own scope, the parent scope, and the global scope). Let's write out some code of a closure in action and break down what makes it unique.

Instructor: 0:00 To understand what a closure is, let's write out some code. Here, we have a const workshop global variable at the top.

0:56 Closures do not close over a value. They only close over variables. In other words, if the global const value changes, a child function reference to it will change as well. It doesn't memorize the connection at alter time. Closures just keep their connection to variables alive even though its surrounding function executes.

1:16 As we'll see in line 6, closures are a way to make variables private from the outside scope. We have no way of accessing this const here from anywhere else except for inside this function, which hides implementation details which change frequently in our code while programing towards interfaces.

1:32 You might be wondering if you use closures in your everyday work. The answer is almost to guarantee yes. A common implementation of a closure is callback functions like within the array.prototype.map function. Its callback is a closure because it's a nested function within a function that has access to its parent's scopes.