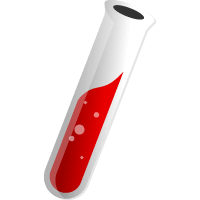 Jekyll has a plugin system that allows you to add custom features to your site. There are many plugins available or you can even write your own. You can view a list of plugins at Planet Jekyll

Will Johnson: 0:00 To install a new Jekyll plugin to your project, go to your Gemfile, and under the section group Jekyll_plugins do put in gem and then the name of your plugin. For me, it'll be jekyll-twitter-plugin.

0:39 Go to the terminal, run bundle install. That will install the gem to your project, so now you can use the Jekyll Twitter Plugin.

0:49 Go to your blog post. To use the Jekyll Twitter Plugin, you would use liquid tags, which is curly braces and percentage signs. Then I will type in twitter, and then I would copy the URL to the tweet that I want to show, and then paste it here. Make sure I save the blog post.

1:17 Then run bundle exec jekyll serve. Then once it's running, I will refresh the blog post, and boom, we have our tweet inside of our blog post.