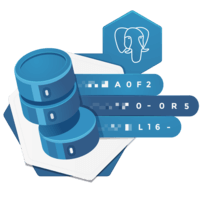 Filter Data in a Postgres Table with Query Statements

We have all this data, but how do we answer questions about it? In this lesson we’ll learn how to filter down to just the information we’re looking for.

All right, we're talking about selecting data from tables. We have our basic tables set up right here. They are in the show notes.

Let's select the title from our movies table, this will just select an individual column. There we go. We see that we've got something totally different from the tables we saw before. This is, in fact, a new table that we are creating in memory, it just exists for the duration of our query.

We can select multiple columns by separating them with commas. We can even rename them, because they are new temporary tables that we're creating.

One of the most useful features of SQL, however, is the ability to limit the data that we're getting back. Here let's say that we want to limit to just the movies where the release date is greater than the first day of 1975. We expect that this will get rid of "Blazing Saddles," and it does.

Another really common and useful thing to do is to use the clean star. This says select all of the columns. Here we see, we also got the ID, and we got the director ID. The clean star can be a little more complicated in different cases. But especially when we're selecting from just one table, like we are right now, it has this nice, simple meaning.

We can also perform some basic aggregations over the data. Let's select count star. In this case, the clean star is just a stand-in for every individual row. We could have also represented that as the ID, really almost anything. Here, this wouldn't make too much sense to sum the IDs. Remember, we had 5, 5, and 3 for the count stars. That's 13. We could also look at the average of those. It's 4.3, repeating. That makes sense.

We can also even do things like saying let's select all of the columns. That's count star, but then we're also going to add another comma, which means we're going to add more columns to that. Let's find out what the Rotten Tomatoes score would be for the count stars. There's five possible stars. Let's just show what this looks like right now, just so we can build this up. Rotten Tomatoes score, this isn't going to work very well for us right now.

Right now we see that's 0and 1. That's really funny, right? The reason here, we have to parse this to a float, so that it's going to handle this division properly, instead of an integer. We start to see what this is going to look like if we multiply that by 100. Now we see on Rotten Tomatoes three stars out of five. That's 60 percent five stars out of five, that's 100 percent. We see, with the clean star, we got all of these other columns additionally.

We're starting to see just how powerful select statements can be to limit and project into different tables, to see exactly the view of the data that we want.