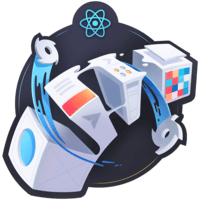 We will add redux to our project and get redux working on the client and server. The redux state will be passed along with our server-side rendered page in a global window variable; from there, we’ll hydrate the state on the client.

However, if you don't pre-populate your store on the client, then it has to do that work all over again when it loads on the client. It's best to just sort of tell Redux, "Here's the state. I've already figured it out."

The simplest place to store that is just on a private property on window. We're just going to add the state to this private window property called initial state. Now let's use our provider. We'll set the store on the provider to the store that we created.

Another neat thing you can do here is actually set up hot module reloading for your reducers. If module.hot exists, then we want to module hot accept any changes to the reducers.

If those change, we're going to go ahead and just use the store.replace reducer. We're going to import a fresh copy of the reducers and put those into the store and replace the old ones.

Now, we need to pre-populate the state on the window. We're going to have to go to the server's render JS file to do that. We need to import the provider from React Redux just like we do one the front end. We're also going to need that configure store function that we just wrote.

Let's go ahead and create the store. This time, we're not going to give it an initial state because this is the first time we're actually rendering it on the server. Let's figure out what our initial state is by stringifying the store's current state. We need to wrap our app in the provider and then give the provider access to the store.

Let's see if everything worked. We have a syntax error. That's going to be easy to fix, just have to move my comma. Refresh. Bar is loaded. Let's check out what was sent down from the server. If we look at local host, open in the sources panel, we see window initial state is set to our Redux state.

That's going to be populated straight into the Redux state on the client side. Then we're seeing the state of our app was also reading from our initial state where bar is loaded. That was all coming from our tabs reducer where a selected tab started as bar.