This lesson has been retired. 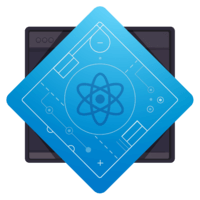 Building a React.js App: Up and Running with React and Webpack

In this video, we’ll talk about JSX and learn the necessity of Webpack and specifically babel-loader for JSX to JavaScript transformation. We’ll also set up our basic architecture and build our very first React component.

In this video we're going to build our very first React component. But before we do that, we need to do a few other things. The very first thing I'm going to do is run npm init. What this is going to do, and I'm just pressing enter here to get through all the commands, is it's going to allow us to use npm to require modules that we need, specifically modules like React. So what I'm doing here is I'm installing a specific version of React, this is the latest version as of today, but that might change.

So this is just future-proofing this series a little bit. When this is done, what you'll notice is that we have this node modules folder, and inside that node modules folder we now have React. We can see if we take a look inside of that, so React is right here. So now any time we want to use React, we can just require it and we'll have that available to us.

One more thing we need to install is this thing called the React DOM. The same thing, I'm going to install a specific version number, and we'll talk a little bit more about what exactly is React DOM later in this lesson. Now we're going to install a bunch of dependencies related to Babel. Babel is a JavaScript compiler that's going to let us write JSX, which we'll talk about in a second, but it's also going to let us write ES2015 or ES6 as I'll refer to it.

Basically what we're doing here with Babel is we will write some code, Babel will compile that for us into something that the browser can read. So let's look at exactly how Babel is going to help us. Here we have some normal React code, we have some JavaScript stuff, and then it looks like what we have here is HTML.

This is actually called JSX, and what JSX does is it allows us to write HTML-ish looking code inside of our JavaScript, and now that's going to sound a little weird, and it might throw up some red flags in your head, but it's actually really convenient, and you'll probably learn to love it as you get more used to React. Now you'll notice inside of our node modules folder we have all this Babel stuff, and we also have our React code.

The next thing I'm going to do is make a folder called public, and then inside that folder, I'm going to make a new index.html file. If we head over to our code, this index.html file is going to be basically the root view of our application. So you'll notice here I'm just pasting in this, we have bootstrap, and we have a div with an ID of app, and then we have the only script that we're going to include is this bundle.js file.

So I'm going to create a webpack.config.js file, and if you haven't used webpack before, what you'll need to do is head over to your terminal and run npm install webpack-g, and what that's going to do is it's going to save webpack as a global module on your computer, but since I've already done that, we don't really need to do that. Heading back to our webpack.config file, we are going to export an object that has all of our webpack configuration stuff. This is going to make a lot of sense as we start going through it.

The very first thing we want to do is we need to tell webpack where our root component is. Because if you think about React, and we'll talk a lot more about this, but React is basically composed of different components and there's always one root component that's going to render all of its children components. So we're pointing webpack to that root component so that it knows where to start processing all of our JSX.

The next thing we're going to need to do is we want to tell webpack where after it's done transpiling everything, and combining it all into one file, where to puke out that new file. So what we're going to say is once you're done compiling this, or transpiling this component and all of the children components, we want you to take that new code and throw it into bundle.js in the public folder. Then the last thing we're going to do is we need to tell it what to actually do with the main JS code and all of its children components.

So one preset we installed earlier was the React preset, then the other one which we're not going to use initially but we're going to use later on in this lesson is called ES2015, basically that's going to allow us to write ES6 code. Now what we need to do, is let's go ahead and create our very first component. Let's make a new folder called app which is where all of our application code will live, and then let's make a new folder called components which all of our components will live in, and now let's go ahead and make a new file called main.js.

Then I'm going to create a new variable called main, and I'm going to set it equal to react.createClass. What react.createClass does is it creates a React component for us, so there's a few properties you can pass in. The one that we're going to talk about in this video is called render. What render does is it specifies what the UI looks like for this specific element. So we're going to have something very basic that just says, "Hello World."

So when this component gets rendered to the view, and eventually we'll do something like this to render it. When this gets rendered to the view it's going to show "Hello World." Now we need to render this main component to the view. If you remember earlier we npm installed this thing called React DOM. What's cool about React is you're able to do things like server-side rendering. So what React DOM does, it says, "Hey React, we are going to render this component on the client with React DOM and not on the server."

Now what we need to do is we're going to say react-dom.render, we need to then give it our main component, our main parent component that we're rendering, and we need to tell it where to render to. If you'll remember earlier we create this guy, this div with an id of apps, so all we're going to do is say document.getElementByID and then select apps, and then what that will do is it will go ahead and grab this element and render the main component to it.

Now head over to your terminal and go ahead and run webpack, webpack-w, so it looks like everything's good. Now let's go ahead and open up this index.html file on the browser and what we should see is "Hello World."