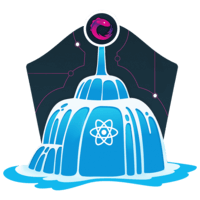 Recompose provides helper functions to stream props using an Observable library of your choice into React. This lesson shows you how to configure Recompose to use RxJS then create a Streaming Component with Recompose’s componentFromStream helper function.

Just start with props map. We'll reformat this for some space. Props map. These props are props coming in from the stream now. We'll map that to just some JSX. I'll just say streaming. Hit save there and you can see we get streaming.

The simplest example that can prove this is working is using observable, which is found in RXJS. Import observable. Observable.interval, so every one second we'll map and then this takes in a count. Then instead of streaming we'll output the count.

Now you can see we have zero, one, two because this observable is counting every one second and increment and outputting this JSX with that new value.