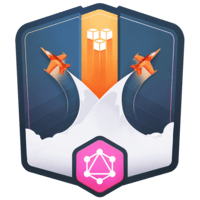 Connect to AWS AppSync from a React Application

We will install packages from ​react-apollo​, ​aws-appsync​, and aws-appsync-react,​ and download an AppSync config file from our existing AWS AppSync project to wire up a create-react-app application to AppSync

After the application has been created, let's go ahead and change into the new directory to install some dependencies. Using either yarn or npm, install aws-appsync, aws-appsync-react, graphql-tag, and react-apollo.

After the dependencies have finished installing, go ahead and open up the application in your code editor. The first thing we'll do here is we'll create a new file in our source directory called AppSync.js that will hold our AppSync configuration.

After the file has been downloaded, open it up in your code editor, copy the contents, and past it into the new ap AppSync.js file that we just created in our new project.

Next, we'll create a variable called client by creating a new AppSync client, passing in the URL, region, and authentication information for the client configuration.

Next, we'll create a new component called withProvider that will be the new entry point for our application. This will contain the ApolloProvider wrapping the Rehydrated component from aws-appsync-react, which then wraps the main app component.

Finally, for the client prop to ApolloProvider, pass in the new client variable that we just created.

For the component argument to ReactDOM.render, replace the app component with the new withProvider component that we just created. To make sure that everything is working correctly, we'll go ahead and run the React application by running npm-start.

If the React app loads and there aren't any errors, then you're ready to go to the next step.