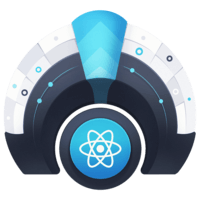 We'll add a method to our class-based React component and immediately update state before firing off our request. Using a setState updater function, we will update component state based on previous state and toggle the "liked" status of a tweet upon the user clicking the heart icon. We will simultaneously increment or decrement the target tweet's likes property and appropriately add or remove the tweetId from the likedTweets array.

Instructor: So far, we've plugged in our like tweet request function, so that when we click like, we can see these fake requests are being fired off. Let's plug in a proper method here so that this onclick like, and we'll add this method to our app.

Say, "Onclick like," and we know that this is going to accept the tweet id. We can chain onto this, and once that promise resolves, what we can do is we'll just log out for now.

We will say, "Resolved cache." We run into an error, and we'll just say, "Cached." Now if we click this, we have resolved. If we click this three or four or fail catch, we'll see that we've caught the error.

We'll add one more log here, just so that we can see that we've clicked the like. Let's paste these in here just so we can get a clearer picture of what we're doing here. I'll just log in these method names for now.

We're going to use this .setState, and we're updating it based on our previous state. So this is going to accept a function. The first thing we need to do is we need to determine if the tweet is already liked.

We can do that by peeking at our state.liked tweets, and we can figure out if that includes our tweet id. Now that we know that, we can return our new state. For now, we'll just update our liked tweets array.

In our other case, we'll append that to our state.liked tweets, and we'll append our tweet id. So now if we click this, we should see these updating. We can see the heart toggling on and off.

The next step, we're going to need to reach in and increment or decrement the tweet's like property. Using the same information knowing if it's already liked, we can update the tweet's array based on the current tweet's state.tweets. And we'll map over each of these.

I'll give us a tweet that we can now check if tweet id = to our tweet id that we're looking for. What we can do is we're just going to update the single property on it, and that's going to be its likes property.

Now you have an error here. If it's not the one we're looking for, go ahead and just return the tweet. Now, if we click this, we'll see that the hearts are toggling on and off, and the like count is incrementing and decrement as we would expect.

Although, as we can see, we have yet to handle the failure case.