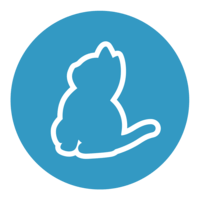 In this lesson we'll use yarn and yarn workspaces to create a monorepo that includes a web creat-react-app, a react-native app, and shared code. We'll use react-app-rewired and react-app-rewire-babel-loader to rewire the create-react-app configuration to allow babel to process the shared code from workspace. We'll also use crna-make-symlinks-for-yarn-workspaces and metro-bundler-config-yarn-workspaces to configure the react-native app to be able to find the shared code in the workspaces.

Now that we have our package.json initiated, we'll do a touch and say index.js. This will create an index.js file. We're going to set up some basic information that will display shared across the web and the Native applications. We're going to say const shared = hey. We'll do export default shared.

Now that we're in the root directory, we type yarn init. It will walk us through. When we get to private, we want to make sure that we set private to true. Otherwise, our workspaces will not work. With this package.json created here in the root, we need to define our workspaces. We won't need any of this unless you want to identify yourself. We won't have an index.js.

All we need to now do is define our workspaces. This is going to take an array. That array is going to be a glob. Rather than defining each individual package, we can say packages/*, and any package that is created in here will be a workspace for Yarn.

Now that that's installed, we can go take a look at our web package.json and see that we've added our two dependencies here.

What we'll need to do is rewire our startup scripts. Instead of react-scripts, we're going to replace it with react-app-rewired. Now we need to create our config, that file specifically named config-overrides.js. This will allow us to receive the config from create-react-app and modify it however we want.

Rather than typing a bunch of code, we can go take a look at the example of react-app-rewire-babel-loader. We will copy and paste this into our file here. We'll reconfigure it a little bit. We'll remove some comments. We'll fix this to be the path of the package that we want to process with Babel.

The reason that we have to do this is that create-react-app will not modify and babelify any code outside of source. However, our shared code is outside of source, so we need to set up to include a path for Babel to compile. That'll be the path to our shared folder. From our config.overrides, we're going to go up one directory and say shared.

Now the only thing to do is to add shared as a dependency to web. If we go here, we can say yarn workspace, specify the workspace that we want to add a dependency to -- it's going to be web. We'll add the name of our dependency, which is shared.

We're going to specify the version. Otherwise, Yarn will not install the local version. It will install an npm dependency called shared. We're going to say @^1.00The other way to do this is to edit the package.json manually and then later run a yarn install in the root.

Inside of our Native folder, we have a package.json. It links to an entry point. If we went and looked at this entry point, that's going to be inside of node_modules here. However, our node_modules is all the way up here.

What we need to do is create a new entry point that maps correctly to our dependencies. We're going to create inside of our Native folder here a new file called AppEntry.js. This file is merely an entry point that will register the root component with Expo. If we look here, we're merely exporting a default app. We aren't actually registering it with React Native.

In order to do that, we're going to import KeepAwake and registerRootComponent. We'll import our app. We can see that we're telling it to import this app. If we're in dev mode, we'll keep everything awake. Then we'll register our app.

We'll also need to create two configuration files. The first one will be rn-cli.config.js. This one will register the path to the node_modules for the RN packager. Here we'll import path. We'll also import getConfig from our metro-bundler-config-workspaces.

Now we can do module.exports = getConfig. We'll pass in the current directory name as well as there are options of where our node_modules are located. This will instruct the Metro Bundler packager of where it should look for our dependencies.

The other file we need to make is called link-workspaces. Here, we're going to require our crna-make-symlinks. That will return a function that we're going to call with the current directory name.

What this is going to do is it's going to traverse through until it hits our package.json that says workspaces, it's going to find all of the workspace packages, and then it's going to inform the Bundler that it needs to include these other packages that are inside of here as a place to search for code.

Part of the reason this is so complicated is because the Metro Bundler that powers React Native does not actually support symlinks. We must provide projectRoots, which are like pseudo-symlinks. That is exactly what this crna-make-symlinks-for-yarn-workspaces package is doing. It's automatically traversing and figuring that out for us.

We're also going to add two different configurations -- one is called ignoreNodeModulesValidation, so it won't look in the current directory for the node_modules to validate, as well as the packager options that we want to provide.

We're going to pass in our config and then also clear out our projectRoots. The link-workspaces and the rn-cli.config is what's actually wiring up all the stuff to the Metro Bundler to tell it what the projectRoots are and where the node_modules lives.

The other settings aren't necessarily important. This just unlists it from being public on Expo, defines our platform's version, and that our application will only work in portrait mode.

We can test if it works by going into our packages, going into web, and running yarn start. We can see that it's actually imported our shared code. We're able to use shared code inside of our create-react-app web application.

Inside of our app.js, we'll do an import shared code from shared. We'll render it as some text. We'll verify our package.json to make sure that everything is spelled correctly. We'll fix node link-workspaces, make sure it's linking to the correct file.

We can go to our terminal, type yarn start. Now that the packager has successfully started, we can press i to open the iOS simulator. Now that our simulator has started up, we can see that we also have the same exact code shared across web and Native.