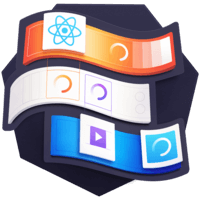 Wrapping Up with Experimental React Suspense

I hope you enjoyed this! Remember, it's experimental and things may have already changed by the time you watch this, but hopefully you were able to get the concepts out of this course and you'll feel prepared to experiment with these features in your own app. Have fun!

Instructor: Whew! I don't know about you, but I'm exhausted after all of that stuff. There's a lot of stuff in there. Some rough edges, like I said, but mostly cool stuff. I'm excited about this stuff.

Some of the things that I did, maybe they're bad ideas. We'll look at this a year from now and be like, "Oh, that was not a good idea." Mostly, the concepts that I've taught you, hopefully will stick and you'll be able to take those with you into the future of React Suspense.

It's exciting. I think that React is the coolest framework on the planet. I'm excited to be able to use this feature when it becomes stable. Thank you so much for joining me on this journey.

A quick reminder, this is all experimental stuff. If you're going to copy and paste this code into production or something, your fate's in your own hands. I would not recommend that.

It's cool, and you're going to enjoy using this feature when it is stable, and when the community has worked through some of the kinks and been able to create some abstractions that make using Suspense really awesome. Enjoy that, and I'll see you around the Internet.