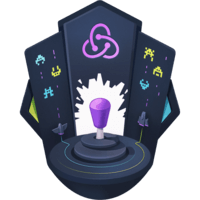 Add Meta Data to a Redux Action with redux-actions

In this lesson, we’ll add meta data to a redux action using the optional metaCreator function argument for createAction. Attaching meta data to an action allows us to pass information that isn’t part of our payload to our reducer. In this case, we’ll use the meta property on our action to show an error message with some information specific to the action

Instructor: I'm simulating an error while saving it to do by throwing in this then back in my reducer file when I call that create to do function. I've added a catch. This takes the error and dispatches it through the add to do action.

Down on the reducer add to do is now an object with the next and the throw reducer. This way when I get an error, throw reducer handles it, and it sets the message to there was a problem saving that to do.

We can see this in action in the browser. When we try to add a new to do, we'll see. It'll tell us there was a problem saving that to do. I'd like to make this error message a little more specific. I'm going to come up to where we're catching and dispatching the action with the error object. I'm going to pass in a second argument here, which is going to be the name that gets passed in the save to do, originally.

Now as it stands, add to do is going to take the error and make that the payload. I need a way to get this name into my reducer so that I can use it as part of that message. This is where the meta property of a flux standard action object comes into play.

Our add to do action creator gives us the ability to take this value and put it into a metadata property on that action. I'm going to scroll up to where we're creating our actions. I'm going to take add to do out of the collection that's just going to use identity. I'm going to move it up into the action map.

Now typically in the action map, these action types map to the payload creator function, but we also have a metadata creator function that we can pass in, as well. I'm actually going to pass an array and this is going to be two functions.

I'm worried about here is the name, I'm going to return an object that has name as point of its properties. I'll just use the object literal shorthand syntax here, I'm going to get a key called name with a value of whatever is a name. Because I'm ignoring payload here, I'm just going to take this and replace it with an underscore.

Now, only use the add to do action creator. It's going to use that identity function as the payload creator. Nothing will change there, but if it has that second argument we're going to get a meta property on the action object that has that name value. Now that we're going to have that available, let's update our error message.

Instead of this generic, there was a problem saving that to do, we'll add the name of the to do as part of our message. I'm going to use string interpellation, we'll say saving that to do and we're going to give it the text that was typed in.

In this case, we're going to access that through action.meta.name. Let's save this. We'll reload our app in the browser. This time when we try to add a new to do, we'll see that that's part of our error message this time.

That was actually added to our metadata on our action object, which we can see here in the Redux dev tools.