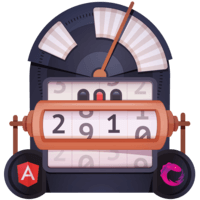 Use a Value from the Store in a Reducer 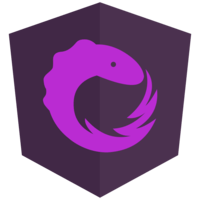 RxJS allows you to combine streams in various ways. This lesson shows you how to take a click stream and combine it with a store stream to use a value from the store inside a reducer.

Finally, since we don't want all of our time travelers lost somewhere in time, we want to be able to recall them to the current time that we have here. Let's go ahead and set up a button to recall. Let's call it recall, handle its clicks, and we'll say recall next, as usual. We'll set up the subject for that, recall, it's a new subject.

I'll go ahead and map that. This is the time, remember the time is coming from this, which is the second argument here, which is projected pushed out here, and now is the time. When I map this to a type -- let's surround this with parens before I forget -- of recall and a payload of time.

We need to create recall, so let's go ahead and import it. I also need to import before I forget, with latest from, because it's an operator that's not yet imported.

We'll go ahead and create the recall type. I'll just duplicate this. I'll rename these guys to recall.

The recall will be done on the people, because I'll want to recall all of them. We'll say case recall. I'm going to return the state mapped where I go through each person.

I'm going to return a new object where we grab the name is a person.name, and the time is the payload. Because remember, that payload coming through is coming through as the latest from time of this.time, which is the selected value of that clock.