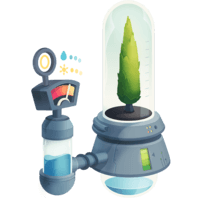 End to End testing with Cypress

Add Cypress to an Existing Application with npm

Adding Cypress to a project is a simple npm install away. We won’t need any global dependencies beyond node and npm to get started with Cypress. In this lesson we’ll look at our existing application, add Cypress as a dev dependency with npm and fire it up for the first time to have a look around.

Instructor: Here, I have a simple to-do application with most of the functionality implemented. It's built using React. It has a straightforward webpack configuration for the build. We also have a server. This is going to serve our static files, as well as provide the API that we're going to use to load and save data with our application.

I'll open the terminal. I can run this application by typing in npm run dev and pressing enter. We'll see that this is going to start up our server. We're also going to see some webpack build output.

I can interact with this application. I can toggle to-dos. I can add new to-dos. I can delete existing to-dos. If I toggle a couple items, we'll see that our filters all work. Everything is working as we would expect it to.

Let's add Cypress to this project so we can create tests for this existing functionality. I'm going to switch back to the terminal. I'll stop the application for now. I'll add Cypress as a dev dependency using npm install --save-dev cypress.

We'll see that the installer is telling us we can open Cypress with node_modules/.bin/cypress open. I'll copy this. I'll paste it. We'll run this command.

This will launch the Cypress UI. Since it's the first time we're running Cypress on this project, Cypress will seed our project with a Cypress directory with some sample files. It's also added a cypress.json to the root of our project.

We can click OK. Then, let's close Cypress for now. I don't want to have to type this entire command in every time I want to start Cypress. I'm going to add a command to our package.json. We'll drop under dev. We'll call this one cypress. We'll make this command cypress open.

Now to run Cypress again, I'll go back to the terminal. I'll type npm run cypress. That'll launch the Cypress UI for us again. This time we don't get the message letting us know about the seed files because that's already been taken care of.

Now, let's create our own first test file. We'll create a new file. I'm going to call this one first.spec.js. Let's create a simple test just to make sure everything is working.

Back in the terminal, I'll npm run cypress. We'll see that first.spec.js is showing up. We'll click on that. This will launch our Cypress test runner. We'll see that our test works. We have some nice output here in the command log. Now, our project has Cypress set up. We can execute our test with our npm script.