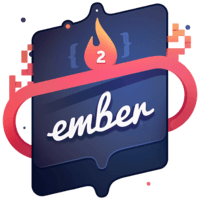 Use Closure Actions with Ember Components

Closure actions are useful for extending application code such as modifying a property on a controller while also sending up information from a component. In this lesson, we learn how to use closure actions with Ember.js components.

Here, we can say x-alert here. What we can do is go to application.js. We're going to define an action called doAlert, and going to say window.alert. "Hey, I was clicked." Save.

Notice here nothing is rendering. Let's go to our x-alert.hps template file. What we're going to do here is find a button with a label called alert and save. Now, we'll see the button rendering in our browser.

Now, what happens if we click on this? Oh, wow, we got an alert. What this is is an example of data down, actions up via closure actions. You can define these actions in a parent-level context, such as an application controller, and pass it down to components that can then call it and act accordingly.

Let's tweak our doAlert function to take in a message. We're going to default to, "Hey, I was clicked," if it's undefined via ES6, and rather than sending out the inaudible string, we're going to do window.alert message.

Now, if we click on this, what you see now is that it's taking this message and displaying it, which is pretty dope. It's like sending that data down, and then using that action, it's sending that data back up, but it's data within the context of this specific component instance.

If we go back and take away that message input, we'll see that we get that default message. Let's add that back in again and go back to application.hps. Let's do a second instance of this component and say doAlert. We're going to say message is, "This is the second one."

We can see if we click on the first one, still have that same message, and other one has the second message.

It's a pretty cool and powerful concept for working with components. Closure actions are nice because they can be extended to do more things, like modifying a property on a controller while also sending up information from a component.

That was closure actions.