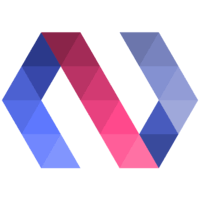 In this lesson we'll look at the lifecycle callbacks (Created, Ready, Attached, Detached, and attributeChanged) available to us in Polymer and how to use each one.

Hey, guys. In this video, we're going to talk about Polymer lifecycle callbacks. To do that, I've created a quick little element here, called lifecycleElement. In our template, I'm going to have a button that says, "Hello world." While I'm in here, I'm going to go ahead and give that guy an ID of "BTN" for button.

To get us started, I am going to go ahead and just write out all of the lifecycle phases here. The first one, which maps directly to Web Components, is created. Whereas in Web Components it's createdCallback, in Polymer, they have simply shortened it to created.

The next one is detached. Again, another one that maps directly to Web Components as detachedCallback. Then, finally, attributeChanged.

I'm going to go ahead and save this. Load it up over here. We can see that we've got created, ready, and attached. Obviously, we don't have detached because that represents a lifecycle callback when we actually remove our element from the DOM.

The first thing we can notice is all of them have access to this. In this instance, this is our actual Polymer element. Here, in our created phase, I'm going to create an event listener for click. We'll just say, "this.remove," which should trigger our detached lifecycle phase. Click on "Hello world." We can see detached was actually executed.

Ready isn't really very different from attached, other than ready will only be called once our local DOM has been fully processed. The ready of any nested Polymer elements would have fired by the time this one fires.

To get a look at the attributeChanged lifecycle method, I'm going to create a method here called "updateAttribute." We'll have this work just like our log method. We'll say, "this.setAttribute." We'll just make it the class. We'll set that to cycle, and then we'll just call that here on our log with our cycle.

Here, in our attributeChanged, which is going to take in the name of the attribute, the previous value, and the new value, we're just going to log out string. That's changed to string from string. Then we'll pass in our name, old value. Sorry. That's going to be new value and then old value.

In detached, what we want to use that for is any sort of cleanup, like you might in a backbone view with your dispose or in a React component. We'll unmount something along those lines. What I'm going to do is say, "this.ticker =." I'm going to set an interval here for this.tick. We'll bind that to this. We'll run that every half second.

When I remove it, the data changes are still happening. We can use detached to go ahead and say, "clearInterval this.ticker." That way, when we remove it, we'll go ahead and get rid of the potential memory leak. I go ahead and close that. We can see that the ticker interval has stopped.