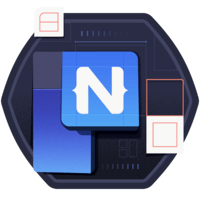 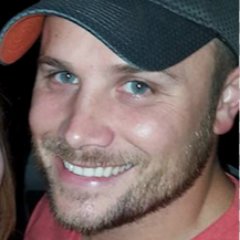 We will use the GridLayout component to create a layout container that can span any number of rows and columns. This allows us to create very complex UIs in a NativeScript app.

We'll set our first column to a width of 100, second column is going to use *, and this will indicate that anything in that column will consume the entire space. We'll have a third column with a width of 100 also. We need to fill this with a few view components.

We'll start with a button with the text set to Hello. Now we have to specify where we want it to show in the grid. We're going to use the row property, and we'll set it equal to 0for the first row. This button's going to be 40 high because it's in the first row.

We'll set the col property, which is for the column, to 0which is also the first column, so it's going to be 100 wide. We'll run this and we'll just one button show up into the view, here it is, it's 100 wide because it's in the first column, and it's 40 high because the first row is set to 40.

Let's keep adding a few items here to see how to layout more views inside of the grid. We'll also position this button on the first row, but we're going to set it in the second column, and then we're going to add another button, set it on the same row, but it's going to be the third column.

We'll run this, we'll have three buttons left to right. Hello, Goodbye, and inaudible . They're specified with the row and col properties, and you'll notice this Goodbye in the second column fills all space, so the Goodbye button is as wide as the second column due to the * value.

What this allows us to do is specify an item to fill more than one column. It's going to be 3, so this image is going to fill all three columns on our grid layout. Run this, you'll see the Egghead logo, it' filling the entire grid's columns due to the colspan property, and it's on the second row.

We could flip this, put it on the first row, change these buttons to the second row, the order doesn't matter inside of the grid, what matters is the row and col properties, when you specify them. Let's change this to 100. We run this, the image will be on top, and it's now only 100 high because of the row having 100 set to the height of the first row.

There's also the rowspan property if you want an item to fill multiple rows, you could also use that, and you could technically get rid of that. Now this image is going to fill two rows and three columns, which we have declared. It's going to fill the entire grid at this point, once we run it.