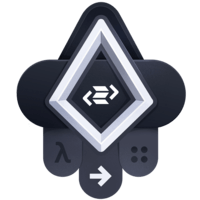 Types Alias and Instances in PureScript

In this lesson, you will learn about type alias using records and instances. You'll see how to create a type alias and be able to display its values to a show function utilizing an instance for its type.

Instructor: We'll start off by typing type personrec = {name::string. On the next line, we'll do ,age::int, and then we'll close our curly braces. I'll explain what's going on in a minute, but first we'll create a new data constructor. We'll do that by saying data person = persona, and then we'll reference personrec.

Let's create a function to use these. We'll call it whoAmI, and it has a type of string -> int -> person. On the next line, we'll do whoAmI, with the inputs name and age, and that equals persona {name, age}. Let's put this in action.

We'll go down to line 17. After show, we'll type whoAmI, with the string Vince and the integer 99. Oh, we've got an error. It says "No type class instance was found for data.show.show person."

The reason this is happening is because we're using a function called show. We can't actually print anything out using show, because our data constructor person doesn't have an instance to allow us to do this.

Let's make an instance, so that should become a lot clearer. Instances start off with the keyword instance, and we'll call it show person. That has a type of show person. Now, we'll put where. Then, on the next line, we'll do a bit of pattern matching.

Now that we've finished it, if you look to the right, it says persona, name, Vince, and the age, 99. Why did we need to do all that? In our function of whoAmI, we return a type person, which is persona, and the object name and age.

The thing is that we don't have anything to actually show this, so we have to build it ourselves. This is why we create the instance. The name of this instance is quite irrelevant and used to aid the readability of the output in JavaScript. If the type show is user to type person, this is what our instance is going to deal with.

On our next line, when we use show with persona and the record of name and age, then we want to return a string and use the function show to display our name and age as part of the string. Let's change things around a little bit. We'll change the int to 300 and the string to you. You can see that's updated on the right-hand side.

So you get an understanding of what we're doing with the string that we output, we'll change name on line 15 to whatever. If you look on the right, it says persona, whatever, you, age, 300. The reason for creating an instance for show is because our type alias is a record. Those records, name and age, don't actually have an instance to how, so we manually need to create them.