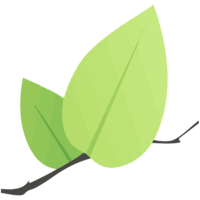 In this lesson, we'll use the Leaflet Antimeridian plugin to fix issues with Leaflet Polylines when crossing the International Date Line. We'll walk through installing the plugin using it's Github source, importing its fix as a WrappedPolyline function, and using it to naturally draw our Leaflet line data on our map.

Colby Fayock: 0:00 We're going to start off with a basic map for Santa's route to deliver presents. If you notice on the edge, we start to get this weird effect where the lines zigzag across the map. The issue is by default, Leaflet can't understand the coordinates that go across the International Date Line.

0:12 To fix this, we're going to use a Leaflet plugin called Antimeridian. It allows these lines to draw naturally on the map. This plugin isn't available on npm, so we're going to install it using its GitHub address. Once that's installed, we can start back up our server.

0:25 Inside our code, we're importing a Map and a TileLayer from 'react-leaflet'. We're using that Map and TileLayer component to create our app. We're also importing the Polyline from 'leaflet', which allows us to import santaStops, create a new Polyline instance, and add it to our map.