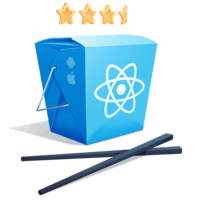 Once our app is finally complete, we have to build it in a special way in preparation for uploading to the iOS app store. We’ll look at exactly how to build and upload the app to the app store, which will allow us to release to beta users using TestFlight, or to release publicly on the store!

Instructor: From the project root, open the iOS folder. Then open the Xcode project. Under the project's general tab, first select the proper development team for your app and make sure the signing certificate doesn't have any errors.

Also make sure that the app version and the build number are set to the values that you want. If you've already uploaded the build to the App Store, you'll need to increase this build number by at least one to register it as a new build.

Then in the device selector, select either your currently connected device or a generic iOS device if you don't have a connected device. Then go to Product, Archive to start the build process. Once the Archive process is complete, Xcode will open the Organizer window where you'll see the new build.

If you're enrolled in the Apple Developer Program, and you have registered this app for distribution, you'll also be able to upload to the App Store directly from this window, which will not publicly release your app. Instead you'll have to log into iTunes Connect, where you can add keywords, descriptions, and screenshots of your app. You can also do beta testing through TestFlight from there.

Also from this Organizer window, you can export the app for ad hoc distribution. If Xcode doesn't automatically open the Organizer window after archiving your app, you can open it by going to Window, Organizer.