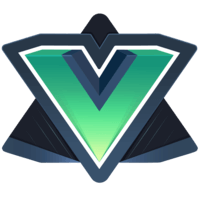 You can use v-if and v-else to display content based on assertions on your data. Similarly, v-show can be used to render the content, but hide it with css. v-if can also be used on an invisible wrapper <template> element.

Here's a list of Dinosaurs. Let's prevent the heading from rendering, if there's no list. We'll add v-if, and set that to the comparison, ="dinos.length > 0Now, our heading will be hidden if there are no Dinosaurs. That leaves the markup for the list. Let's create a new element called "template," and move our v-if statement onto it.

The element template won't be rendered in the view, but everything inside it will now be conditionally rendered. If there isn't a list, we want to show a message.

Let's create a paragraph tag with v-else, and give it some text. A v-else element will be rendered, if the previous v-if wasn't.

Now, we want to conditionally show the addition and subtraction button, based on the quantity of that species. For the addition button, let's add v-show, and set it equal to "dino.quantity < 5".

For the subtraction, we'll set v-show= "dino.quantity > 1". v-show allows the element to be rendered in the view, and to be shown, or hidden with CSS.