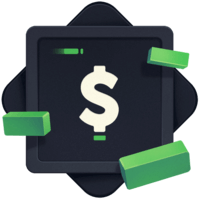 In this lesson, we’ll apply our knowledge of getopts and create a script that opens a PR on Github, all without leaving your terminal. We’ll use getopts to take 3 options: username, password or token, and PR title. We’ll use any input after that as the body of the PR. We’ll validate the input and then use curl to POST it to Github.

Instructor: First, let's set up a few variables that we'll need. We need the current branch that we're on. For that, we'll use the getReverseParse command. Then we're going to do the username. I'm just going to initialize that to an empty string.

We're going to do the same for title and password. Then I'm going to create a usage function. I'll use this to output the usage of this script, with all of its options. I'll use this in several locations, so it makes sense to encapsulate this in a function.

Do echo usage, and then our script's name is Open PR. We do username, and then password or an access token. Next, we have T, which would be the title of the PR, and the rest of the arguments passed to the scripts will become the body of the PR.

Now, let's set up our Getopts. Do while getopts, and then I'm going to disable the default error handling that Getopts gives you for an unknown option. We start with a colon, and then we'll do u for the username, like we have here, and that expects a value, a P for password, which also expects a value. The title of the PR, there.

Lastly, I'm going to add an H option, which will be used to get help. Now, let's set up handlers for each of our options. For the username, we will just set the username variable that we created up here to the optarg variable. The value that's passed to this u option will be set in the optarg variable, and we just copy it over to username, here. We do the same for password and title.

OK, let's close this case statement. Then we'll want to shift off all of our processed options. We'll do shift optindex minus one. Now, let's do some input validation. First off, for the sake of convenience, I'm going to enforce that you have to be on the branch that you want to open a PR for.

Then we're going to echo that out to standard error, and then exit with an error status. Next, we want to make sure our username, password, and title are all set, that they're all not empty. I'm going to write a quick helper function to do that.

Let's use this checkIsSet now. Through the checkIsSet username, and then our username variable. I'm going to do the same thing for password and title. We can see this first parameter here is just for the string in here that goes right here. It's just a formatting thing. The username variable is what is actually checked here.

Now, lets put together our curl against the GitHub API. I'm going to do curl, we'll do silence, and then for the credentials that we passed through the request we're going to use the user option here. This is going to do basic authorization. All we have to do is pass it the username and password in this format.

Then curl will handle basic C forwarding it and putting it in the right header. We're going to do a post, and then our URL here. This is a GitHub repository that I've already set up. That goes in the URL here. Then it's the pull's resource.

Now, we're going to pass our data, and let's set up that variable now. This is going to be a JSON string. For that, I'm going to use a Bash trick to get a multi-line string. Here goes our JSON string. The first parameter we'll do is title. That's just going to be the title that the user passed to our script.

This works because all the flags, all of the options, have to come first. After we're done processing them, we shift them off. Whatever's left just becomes the body. Next, we're going to tell it to write out just the HTTP code. This tells curl to return the HTTP status code. We'll see how this is used better in just a second.

That allows us to check it and make sure it's what we expect. In here, we're going to say, if the status code is 201, then everything worked, and then, if not, we have an error. Here. we'll say, error occured, and then we'll exit with an error status.

Let's go back, got to fix a typo. OK, that's it. Now, let's test it out. I'm going to jump over to my terminal here, I'm already on a new branch. I'm just going to commit my changes, push that to the origin.

Also, my project here, my script is in this bin folder, so I'm going to say, bin open pr, and I'm going to pass my username on GitHub, and then my password. I have an environment variable, which is a GitHub access token. For the title I'll say, add PR script, and then the body.

OK, let's run our script and see if it works. Now, let's check GitHub. OK, cool, and we can see our PR was opened here, with our title, and that was the body we passed. Awesome, looks like it worked.