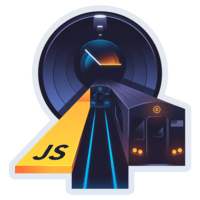 Simple drag and drop with Observables

Armed with the map and concatAll functions, we can create fairly complex interactions in a simple way. We will use Observable to create a simple drag and drop example with basic DOM elements.

Now that we know how an Observable works, I want to draw your attention to the fact that we can actually build complex asynchronous programs using exactly the methods that we've already learned thus far, map, filter, and concat all.

Before we return that array of stocks we filter it so that only those stocks with a price larger than or equal to a hundred is returned. Then we take that two dimensional collection and we apply a flatten so that it's complete flat.

We've used concat all to take a two dimensional collection and flatten it by one dimension to a one dimensional collection. Finally we consume the data with for each. What would you say if I told you we could take code with nearly exactly the same structure and build a drag and drop with it? Watch this. I want you to look at this code that I've highlighted right here at the bottom of the screen.

Then I for each over the drags and I do something, in this case move the widget around to the drag position on screen. Let's break this drag and drop example down. Shall we? Let's take a look. I'm going to bring up the html window so we can see what's going on here.

What we have is a red parent widget right here. That's the red box that you see on the right hand side of the screen. Inside we have another div which is just a widget with the words "drag me" inside. That's blue. What we'd like to do is be able to drag the blue widget across the screen inside of the red parent.

Then we are going to take each one. We're going to capture each one of the events that we're interested in, first the mouse downs on the widget then the mouse moves on the parent and the mouse ups on the parent, and we're going to convert all those DOM events to Observables so we can combine them together using the map, filter, concat all, and for each methods that we learned so far and then use for each to consume the collection that we build.

Finally all we have to do is for each over the new drags collection that we've created and then reposition the widget at the location where we've detected a drag. Let's see if it works. As you can see, we've built a mouse drag.

I want to call your attention to a couple of things. Remember the for each method on an Observable in this case is abbreviated. Actually if we expand it out it's a little more complicated. Remember that for each returns a subscription object that we can use to stop listening to mouse drags.

Furthermore, for each can accept those two extra methods. It accepts three callbacks. The first is for the data that arrives. The next is for in the event an error occurs. Then finally a callback that will fire when the asynchronous collection completes.

It's possible that if I throw, for example, inside of my map function or I do something stupid that causes an error to occur, that we might have an error end up in here. If I were to do something like throw an error in here, I want you to notice that Observable will take any errors that come in this expression inside of a map or a concat all or a filter and will automatically propagate them here.

Effectively it behaves as though there's a tricatch around this entire expression because any error that occurs in any of the functions that I provide will automatically be forwarded to this on air call. Now as I discussed, as long as we haven't done anything exceedingly stupid, this is never actually going to get called.

I never really want to stop listing to it either, that's why I haven't bothered creating the subscription object. That's why I'm not bothering listening for a completion event. As you can see, these two functions are optional in this particular case because neither errors nor completion will ever come through. But they're there and they can be passed in.

Soon we're going to learn about situations where Observable streams do end, like, for example, if we create an Observable that represents an asynchronous computation or a WebSocket. Both of those things could end, and in those cases on completed is going to come in handy.

For now if we're just combining events together, which are just streams that go on forever, we don't need to worry so much about on air and on completed. Of course if I want to stop listing for a drag I can always just go subscription.dispose.

If I were to do this right here, it would be kind of silly because subscription.dispose would execute synchronously long before I had a chance to drag anything. I'm just going to leave that off. But if we did want to stop listing when another button was clicked, that would be something we could do.

Hopefully, now that you've seen what we plan to do with Observable, you're less concerned about this. The reality is Observables are very, very cheap to make copies of because they don't store items in memory. They're not really collecting up items in memory anywhere.

As soon as an item is received by an Observable it might simply forward it along by invoking another callback. Observables, at the heart of it, are just really objects with a for each function. They turn out to be very, very cheap to create and copy and clone.

That's why we've been taking this map and filter and copy, devil-may-care approach until now. It's not because doing this with arrays isn't inefficient. It's because when we move on to using Observables it's really not that inefficient.

Another thing I want to call your attention to is that for each on an Observable is relatively complicated. No longer do we just have to pass this callback. Sometimes if an error can occur we also have to handle errors.

When we nest for eaches things get a heck of a lot more complicated because then we need to trap...it's just like if you nest error callbacks nodejs where you can receive errors. You need to handle errors at multiple levels.

That's why from now on we're going to be doing everything we can to avoid nesting for each functions. Instead we're going to be using concat all to always flatten Observables so that when we call for each we don't ever need to nest two for each calls because otherwise we'd have to nest on air handlers and handle errors in multiple places.

As I discussed earlier, any error that occurs here is going to get propagated to this handler. That's why from now on we're going to learn to always use concat all so that by the time we use for each we're always operating on a flat collection.

We're also going to learn a couple of new methods, really just a few more, before we dive head first into much more complicated asynchronous programs where we not only combine events together but we combine events, asynchronous requests, and animations. Stay tuned.