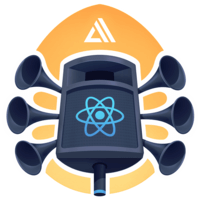 Instructor: To add a REST API using a AWS Lambda function, we can run the amplify add API command. For the type of service, we'll choose rest. The API that we'll be creating will be fetching a list of people. We'll call the API PeopleAPI. For the path, we'll give it a path of /people.

Next, we'll be asked if we'd like to edit the local function now. We'll choose yes. This should open up amplify/backend/function/peoplefunction/source/app.js in our text editor.

In App.js, we'll see the code for our Lambda function. We'll scroll down until we see app.get/people. Right now, /people is returning an object with the success property and a URL. We'll go ahead and create a new array called people and hard-code some data.

In our class definition, we'll define an initial state of people and set it to an empty array. We'll create a componentDidMount lifecycle method that we'll call API.get. Here we'll pass in the name of the API as well as the path that we would like to fetch.

In our render method, we'll map over the people array, showing the person's name as well as the hair color for every item in the array.

Now we'll save the file, and we'll run npm start to launch the app.

If everything is working properly, we should see the data rendered to our screen. Right now, our API is only returning hard-coded data. Let's update the API to fetch data from a third-party API. To do so, we're going to need to install the Axios package to send HTTP requests. Change into amplify/backend/function/peoplefunction/source.

We'll then call Axios.get, passing in the URL for the open source Star Wars API. Axios will return a promise. We'll set a .then and a .catch function. If there's an error, we'll return a JSON object containing an error property and setting people to null.

If it's successful, we'll go ahead and create a new variable called people, setting it to response.data.results. We'll then return a JSON object with an error property set to null along with the people array.

Since we've made changes to our Lambda function, we're going to need to run amplify push again.

Once the resources have been updated in your account, we'll run npm start to restart the React app. When the app loads, we should now see the data being returned from the Star Wars API.