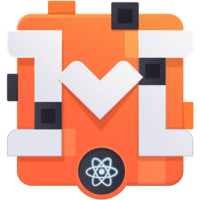 Write custom MobX reactions with when and autorun

So far we have been talking briefly about reactions. In this lesson you will learn how reactions can be used to observe state until some condition is met. After that you will see how autorun can be used to automatically trigger side effects. This is used internally by observer as well. We will test this by replacing React with our own handcrafted rendering which is still kept in sync with the state by MobX!

Earlier we talked about the concept of reactions. So far, the only reaction we discussed is observer. Let's take a look what reactions are, and how observer works. We'll first take a look at a reaction that is built in to MobX, when.

What when does is that it triggers a side effect whenever a certain condition is met. In our tiny app, we want it to give us an alert whenever a location with a nice temperature is found.

When takes two parameters. The first parameter is an expression that is automatically re-evaluated until it returns true. Second argument of when is another function which is invoked as soon as the first one returns true. We can simply say when there's a nice temperature, then we want to have an alert.

Unlike when, it takes only one argument, one function, and it keeps running that function until we manually dispose it. The function we pass to autorun is run once, and after that, whatever data that was used in the previous run changes.

Autorun is used internally by Observer. Let's remove our React rendering, and see how we can replace our React rendering by using autorun. Let's start by building our own render function, which takes temperature, and returns a string, which represents the DOM.

We can now add some temperatures to our temperatures collection, then we invoke the render function, and we assign the results to the DOM. What we see is a similar rendering as we had previously, except that this rendering remains loading.

If we change the collection, nothing happens. Of course, this is because our render function is invoked only once. Let's fix that. We simply fix that by wrapping autorun around our assignments to the DOM. That's all it takes to make this rendering reactive.

What happens is that autorun invokes the thing we pass into it, which invokes our render function, which accesses all pieces of data from our state. Whenever one of these pieces changes, the autorun function is notified, and it will run again, resulting in the render function being pre-triggered, resulting in a new DOM assignments.

That concludes the introduction to reactions, which are primarily intended to manage side effects. Side effects like showing an alert, or assigning a new value to the DOM.