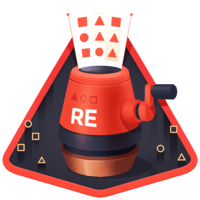 Records and Objects in Reason

We walk through how to create, access, update and destructure records. In certain niche situations we don't know the structure of our data ahead. In such cases using ReasonML objects works great.

Instructor: Records allow us to store various types of data into one structure and reference them by name. To create a record, we first have to define its structure. In our case, we define the record type person. The person can have a name of type string and then age of type integer.

Once we defined the record type, we can create the person. For example, Ana, who is 28 years old. As you can see, the type is inferred by default and we don't need to specify. Let's talk about how we can access a record field, like name. Therefore, we create a let binding Tim and bind the person with the name Tim and age 52 to it.

Now, we can access the fields using the dot notation. For example, Tim.name. Let me briefly point out to you how all the auto-completion works through the type system. Auto reduces available options. Now, it's reduced to age. This also means if you try to access a field that doesn't exist for a person record, it will throw an error.

As an alternative to access a field, you can leverage structuring in combination with the let binding. To do this, we start with let, then open curly braces, describe how to map the fields, and place the record to be structured after the equal sign.

As you can see, Tim's age is now bound to his age, and name is bound to Tim's name. We don't have to restructure all the fields. In case of Tim, we could only pick Tim's name and bind it to the name someName. In case we want the let binding to have the same name as the field name, we can use a shortened syntax called punning.

Obviously, we can assign all the fields manually. This works fine but can get quite tedious once we have more fields on a record. Luckily, a new record can be created with the spread operator by using free dots.

We overwrite age, we follow the side updates, but all the other fields are automatically expanded. In our case, this is only name. Keep in mind, during this whole process of creating new let bindings, neither Tim, not older Tim, have been mutated.

Let's see how we can do immutable update. By default, this isn't possible. Optionally, we can make a record field mutable. We create a new record type animal with an immutable field species, and immutable field scary. Next up, we create the lion, and set scary to true.

On the other hand, thinking about it twice, a lion is just a big, fluffy cat and not that scary at all, we change scary to false. Since scary is a mutable field, we can update it with the equal sign operator. In referencing the let binding lion now, we can see the value of the field scary has changed to false.

There is also this useful shortened syntax punning for record creation. When we bind the string B to the name species and create an animal, we can manually use the species and assign it. In case of species, the field name matches the name of the existing let binding, and therefore punning allows us to simply immute the second part.

This also works with types. First, you define the record coordinates, then the record circle that contains coordinates. While we could write coordinates twice, punning allows us to immute the second part. On a side note, this example demonstrates how we can create deeply nested records.

So far so good. What happens if you try to create a record without declaring a type beforehand? Let's give it a try. As you can see, an error is thrown. For records, a record type matching all the fields always has to be declared beforehand.

Coming from a dynamic language, this might look limiting to you. In reality, most of the times, our data shape is actually fixed. Even in case it's not, it can potentially be better represented as combination of variance and records instead.

However, in certain niche situations, we don't know the structure at hand. In such cases, we can create an object by declaring the public fields with pop, followed by the field name, and assigning the value. Be careful about .objects. Use equal signs and semicolons. To access a field, we can use a hashtag.