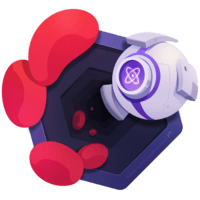 Redux is one of the most popular state-management libraries and although not specific to React, it is widely used with it. This is why the author of Preact has released a package called preact-redux, which is a simple wrapper around the main react-redux package that enables it to be used in a Preact application without any other changes to your codebase. In this lesson we refactor a stateful component to use Redux + Redux-thunk. https://github.com/developit/preact-redux

We have this small application here which when provided a user name will access the GitHub API and display this user card. Inside this profile component, we're using some internal state and we're making the API call inside one of the lifecycle hooks.

As a demonstration of how to use Redux with preact, we'll refactor this to no longer use internal state and we'll also remove this fetch call from here, and we'll be able to place this in a separate file.

That will be possible because we'll no longer have to update the state in this manner, because we'll have a global store where all of that happens in a single place. To get started, let's switch over to the command line, and we need to install three packages.

Then we'll also bring in thunk from redux-thunk, createStore, and applyMiddleware from Redux. Next, we'll create a reducer function that will handle updates to our store. If we import reducer from reducer, and then create that file, we can export default function that takes in state and the current action. We'll return state here, and we'll provide a switch statement and say for actions of type userFetch, we'll simply return a new object that has a user set to null and the loading property set to true.

In the case that the user is fetched correctly, we'll say that this is fulfilled, we'll set the user equal to the action.payload, and loading will be false. The default case will be to return the state.

Now, we have our reducer, so we can go ahead and create the store. We'll say store = createStore. We'll pass in the reducer we just created. Our initial state will be loading true, and user will be null. There's a third argument we'll call applyMiddleware from redux, and we'll pass in thunk.

This will allow us to do some asynchronous things later on. OK, we have the store, and we'll just move this up here. Now we'll change the render method and wrap our app inside a div. Then we'll use the provider component from preact-redux here, we'll pass the store as a prop.

Now any component rendered within here will have access to the store should they request it. We hit save now, we should see everything still working. Now we can go ahead and update the profile component to use the store.

The first thing we can do is remove this constructor now, because it won't be needed at all. Next, this section here can be extracted into a separate function. Let's create a file called actions.js and we'll just export a function called fetchUser.

This will receive the user name, and then it will return a function, and thanks to the Redux-thunk middleware, we'll have access to the dispatch function in here.

Then we can paste in the code that we copied from our class before, and instead of setting the state like this, we can instead dispatch an action to be of type userFulfilled, and it will have a payload of user, which is here.

Just before this Ajax call happens, we'll dispatch the action userFetch. That will allow our user interface to update to a loading state.

Now, back in the profile component, we need to now connect this to the Redux store. To do so, we'll bring in the connect method from preact-redux, and then we'll call connect and with the function it returns, we'll pass in our profile component. Now, to this connect method, we can provide a function that will map values in the global store onto this component's props.

We call that mapStateToProps. It gets access to the entire state tree, and whatever you return on the left here, those properties will be available as props in the component.

The second function will be mapDispatchToProps. Inside of here, we have access to the dispatch method. Anything we return on this object will be mapped onto the component's props too. So the component will be able to call this method fetchUser with a user name, and then we dispatch the result of calling our thunk that we made in the other file, and it's been imported here.

Now we just need to pass in these two functions, mapStateToProps and mapDispatchToProps. Now in the component we need to make use of this fetchUser function. In the componentDidMount, we can call this.props.fetchUser, pass through the user name which will be coming via the React router.

The final step is to switch from using the state in the render method to instead using props. So we can move this, place it here, hit save, and we can see it's working again. As you can see, everything about Redux works just as you'd expect to with preact. The only real difference is you need to bring in the preact-redux library, rather than react-redux.