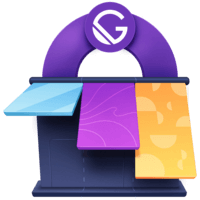 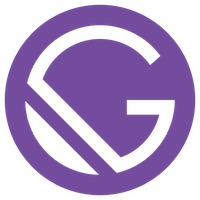 Allow people using your theme to apply their own design to the theme by defining design tokens with theme-ui.

For a written version of this course, check out the Gatsby docs.

Theme UI is part of a system UI network of tools, which means that it's going to give us an object that follows the system UI theme specification. We can export a constant called theme.

The first thing we're going to set is space. Space is an array of different widths that we want to provide as margin padding or other style widths. These values are set in pixels. We'll look at how to access those later.

We also want to set font sizes. Font sizes is going to be an array. The smallest we'll go is 16. Probably set 18 as a default, 20, 22, 27. The largest we'll go is 36. For line heights, we want to use 1.45 as our default. That's good for legibility. For headings which have higher font size, we can use a lower line height.

Next, we'll set up a background color. That will be white. We'll set a primary or a brand color. We're going to set this one as Rebecca Purple. After colors, we're going to set sizes. These will be the sizes of our containers, documents, things like that. Our default size is going to be 90 viewport width units. That's 90 percent of the viewport width.

Our maximum size to keep a good line length is going to be 540 pixels. Finally, we can start setting some styles. Styles are a little bit special because they're going to reference components or regular markup elements. Theme UI has some special components that it provides for us. The first one is layout. We're going to use the second gray color, which is 012 as the default color for this document.

We also get a header component out of Theme UI. We'll set a background color to primary. That's that Rebecca Purple we set. The color we're going to set is background. This inverts that header color scheme. The font weight we'll use is bold. This is just a plain CSS property. We have the ability to use plain CSS. For our margin, for example, we can do margin zero auto.

After that, we can design our main component. We'll set this one as well to be zero auto, so it's centered. We'll set the max width to max. We'll set the width to default. We get a container from Theme UI. With this one, we're just going to set the padding to three.

We will set the border color to gray.zero. Set the padding to two. We're going to target pseudo classes. We're going to get the focus within. If someone tabs into one of these LIs to get the event link, that will trigger that, or if they hover over it. Hover, we want to apply these styles. When someone hovers over one of our elements, we want to set the background color to gray.zero.