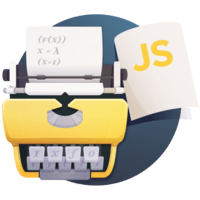 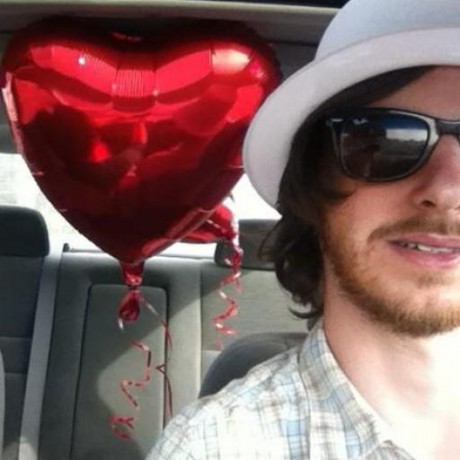 We discover, we've been using monads! We look a little further into the chain method and see laws that ensure the monadic structure works correctly.

I have some news for you, class. You've been using monads.

I guess I know. Box, Either, Task, List -- all these types are monads. They are because we have an F function on our type here. F standing for any of these types here that's places a value into the type and a chain method. These two together create the monadic interface. You may have heard of chain called flatMap, or bind, or this funny little symbol here.

It's all the same thing though. It might be called pure sometimes. By and large, if you look at any language, you'll see this combination to create a monad. Let's take a look at this chain method a little bit closer here. We'll use task to demonstrate this. If we have some function httpGet, it gets the current user here.

We map over that to get the user out. Then we want to do another http call here to get the comments.

The key point of chain here is going to flatten these two types into one. That's why it's called flatMaps sometimes here. It's very expressive.

The key point there is that monads actually allow us to nest computation here. We can add another one here. If we add a chain here of another comments here, we'll do some kind of maybe update DOM with the user and the comments. If we did not call chain on these, we'd have a Task of a Task of a Task of comment or I guess, in this case, DOM here, whatever, a DOM event.

This outer task represents the user call. The middle one is the comments http call. Inside is the updateDOM task, supposing all of these returns any task. This captures this imperative sequence. As you can see, outward, inward like Russian nesting dolls here.

To be able to run a sequential program holding whatever effect be it either with error handling or Task with side effects and asynchronous or List with...We call it non-determination of being able to return many, many results.

That's what chain does very well. Let's go ahead and define this function, join, to express that. We have some monad, m. We'll go ahead and chain x to x. We'll just return the intertype. That will have the effect of joining it. If I had a Box of a Box of x, this would return me a Box of x because it just returns its intertype to join it together.

We're going to use this to define a few laws here for the monad. Let's get rid of this type up here. We have our first law is that join(m.map(join)) = join(join(m).

Let's go ahead and make an m here. It turns out that what we're going to need is a monad all ready. We're going to map join over it. Then we're going to join. We'll actually need a triple nested monad here. Let me just through some arbitrary value three in here.

We say if we map over this outer one here to join these two and then we join the outer two, that's the same as joining outward in. This is actually capturing associativity of how we join these computations. Let's go ahead and run this lad, see if it works for us. This should be equal. Here is the first one. Here's the second one there. Res1, res2.

We'll just go ahead and see this. They are indeed equal. We have two boxes of three.

This should work for any monad. Let's go ahead and write our second bar in terms of box because it's easy to see in and work with. We'll say join(Box.of(m) = join(m.map(Box.of)). Here we go. We're making a box specifically here, but this is any types here.

Let's go ahead and make our m. We have a box. It's only one monad we need here. We just need a box of some arbitrary value. How about wonder? We have box of wonder.

Again, we can go ahead and just see. Our first result should be equal to our second result. Here we are. Let's go ahead and check these out. Sure enough, we have two boxes of wonder. These properties ensure that your monad is indeed a monad as well as give you ways to reason about code that is written on your screen.

You can see that these are always equal to each other. You can just mechanically replace one for the other if you are running code. You don't need to think about effects and whatnot in that way. One thing to mention before we go is that map is definable by chain and of.

We have a way to say if I have some monad m and I chain a function over it to get its value and run f(x), I can actually put it back in the type with M.of here.

We can derive a map method from any monad. That tells us that a monad is a functor. Also, it's an applicative functor and a pointed functor. All these things are rolled into one with monads. They are very powerful. They are able to define many other methods. Don't be confused though. Chain's main functionality is just to join two types together.

What is an implicative functor?

You have to watch a different video for that one.

Why don't you just call it unjoinable, or unnestable, or something.

Yes. A lot of people fear the M word. I believe it'd be just as ridiculous to call it inaudible chainable. It's a word that captures the essence. In fact, years of mathematical study in category theory has put into how a monad works, and properties it holds, and how it interacts. We wouldn't want to distance ourselves and throw away all that knowledge just because we're afraid of a little word.